The Son is the radiance of God’s glory and the exact representation of his being (Hebrews 1:3) 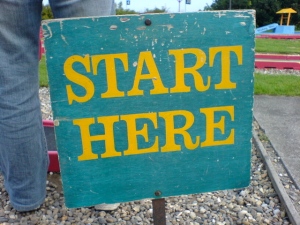 A few years ago, a church I attended in Arkansas hosted a Thanksgiving service, which served to raise money for the ministerial alliance. The alliance asked our church to lead in the praise and worship, and I played the piano on the worship team. Looking over the congregation, I noted a pastor from another church who, no matter what we sang, refused to either clap his hands or raise them in worship. He simply sat in his pew with his arms folded.  That struck me as strange, because outside of church he was a happy, vivacious, demonstrative man.

I have never been known for my extreme subtly or bashfulness, so as we gathered for refreshments after the service, I questioned him his about posture. “Why, when Scripture instructs you to lift up holy hands to the Lord, and you have a chance to do so in a public service, did you sit with your arms folded across your chest?”

“Well, you see,” he began to stammer and laugh, “I’m a . . . .” and he named his denomination. I cut him off and said, “Are you a denomination first or a Christian first?”

At this point, he began to look around for help from the people who had gathered, including my pastor. He asked, “Is he always like this?” to which my pastor replied, “Hey, he’s going easy on you.” Everybody who was gathered around laughed.

It is sad that many church members (or goers) around the world are more concerned with offending their denomination and the people in the next pew than they are in obeying the Word of God. The congregation led by the pastor in my story will have trouble obeying Scripture because he was not setting an obedient example. In a simple sense of the word, this pastor lacked character.

Originally, this word meant to cut, to scratch, to mark. It indicated the tool or agent that did the marking, and eventually came to mean the mark or the impression that was made. It also indicated an impression made in a wax seal. Or, think of a coin: its image, numbers and letters bear the exact image of the raised numbers and letters of the original die from which the coin was cast. To see a dime or a quarter is to know exactly what the original die or stamp looked like.

Jesus said, “Anyone who has seen me has seen the father” (John 14:9). This is true, because He was the “exact representation” of God, “stamped with God’s own character.” To see Jesus is to see God, for He is the exact image of God, the perfectly engraved representation of the very nature of God.

This brings up a very difficult question, especially for me: “If to see Jesus is to see the Father, then, when people see me, do they see Jesus?” As I was looking for the Christ-like qualities in that pastor, I began to wonder:

We must all ask those tough questions if we are going to live the character of Christ and represent God in all we say and do. Jesus said, “Anyone who has seen me has seen the Father.” Now I want to be able to say, “Anyone who has seen me has seen Jesus.” Maybe one day, at my funeral, some kind soul will say, “Jim was the most Christ-like person I’ve ever met.”  Then I’ll know I got character.

2 comments on “Got Character?”