I had a conversation with a young mother the other day who was dismayed at the way she’s been treated in church by other Christians. She told me the deepest hurts she’s ever encountered in life have come through religious people she thought should know better.

The more I thought about this, the more I think the leaders in God’s Church have done their people a great disservice. As an Evangelical Protestant/Pentecostal, I’ve heard for years the only thing a person needs to do to be saved is to “confess Jesus Christ as their Lord and Savior.” I’ve seen people practically coerced into repeating those words, or some semblance of them, only to hear the announcement they’re now saved, cleansed, set free from their sins and ready to live their life for the Lord. Then comes the invitation that almost ruins this new, if questionable convert: “Come and go to church with me.”

Unfortunately, many times in our efforts to get someone to say the magic Salvation Formula, we don’t bother to explain what a Lord is and we forget that none of us knows everything God’s saved us from. We convince people that simply repeating a sentence after us will grant them eternal life and everything on earth is now going to be a big, warm fuzzy feeling of joy and happiness since Jesus paid for your sins and made you a part of the family of God.

However, once we’ve got them in the church door, we’ve conveniently forgotten to tell these new converts about self-righteous Sister Sally and judgmental Brother Bob, the self-appointed spiritual police who make war with anyone who disagrees with them, dresses differently, has divergent opinions on the proper music to use in church or reads an unauthorized Bible. We don’t warn them that some of the tongues they’ll hear will be lashings that won’t need an interpretation. We forget to tell them that not everyone in church believes that God so loved the world that He died for their sins. Instead, they believe we are all sinners in the hands of an angry God and it’s their duty to convey God’s anger.

In the front foyer.

Before the first service.

We forget to warn the news “converts” that the local church is really nothing more than a hospital for sick spirits, and you’re going to see some ugly diseases that are still in the process of being healed. Meanwhile, there’s going to be bloody words, attitudes vomited upon innocent bystanders, and a series of serene hymns sung by sweet senior saints followed by the excrement of anger over the fresh worship chorus introduced by the disorderly orderly known as the worship minister.

Then we wonder why new Christians find themselves so easily disillusioned.

I’m about ready to forbid anyone from joining the church I pastor until they’ve read, at a minimum, the gospels of Mark and John and the epistles of First Peter, James and Hebrews. I want them to know that suffering, persecution, hard times and disappointments will part of their new life in Christ. I want to assure them that life is hard, misery is an option, and no matter what tragedy you encounter in life – and Christians are not immune to tragedies – God is not mad at you.

I’m ready to have a talk with my friends from the Methodist, Episcopalian, Presbyterian and Catholic churches and see how they conduct their confirmation classes. If someone wants to join my church, I want them to know the reason for God’s unconditional love, the necessity of Calvary, the reality of people’s sinful condition and the hope we have in Christ Jesus. I want them to be educated in the supremacy of God’s mercy and the ways of people’s pain.

I want them to embrace the Christian life with their eyes open and a determination to face the truth; not with a brain full of platitudes and assurances that life will be fine with Jesus and everyone in the church is just so proud you’re a member. 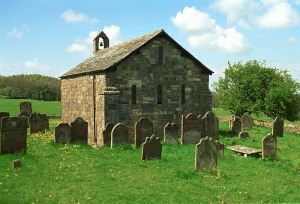 As a pastor, it is my job to lead, feed, protect and release the people God brings into the church. I’m responsible to give them the full Gospel of Jesus Christ, not just the sanitized American version. Jesus warned us the world would hate us, but it was the religious leaders who called for His crucifixion. Paul’s letters dealt with numerous church problems, John addressed false teachers, James had to bring the rich and poor together under the headship of Christ and the Peter was crucified upside down. How can I be a pastor and hide the truth from the people I’m teaching? I can’t. And I won’t.

Of course, this doesn’t help the young mother who is still stinging from the church people who’ve misrepresented Jesus and made her life difficult. The only thing I can offer her is my own apology for the way people have treated her, encouraging her to use her pain to find fresh ways to represent the truth of Christ’s love to the next generation of Christians. Maybe then, we won’t see as many walking wounded in our churches. Maybe.

3 comments on “Caution: Church Membership Ahead!”