There Is Only One Standard 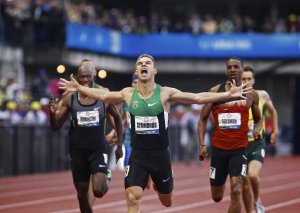 Heb. 11:26 says that Moses “thought it was better to suffer for the sake of Christ than to own the treasures of Egypt, for he was looking ahead to his great reward.”

Moses had a choice, and it is the same choice we have. We can keep solidly to God’s path or we can lower our standards and walk in the praise and prestige of the world. Moses knew it was better to suffer for His God than own the treasures of Egypt. I believe the standards of Moses were firmly set in him by his parents who raised him until he was old enough to go back to Pharaoh’s daughter.

It never occurred to Moses that he could widen the instructions of God because he felt them to be to narrow. He knew that sharing in the oppression of God’s people meant that he would never be accepted in Pharaoh’s presence, and that was okay. He never says to God, “I see what You’re asking me to do, but I’d like a little lenience. Can I be accepted by my true family and not make Pharaoh mad?” 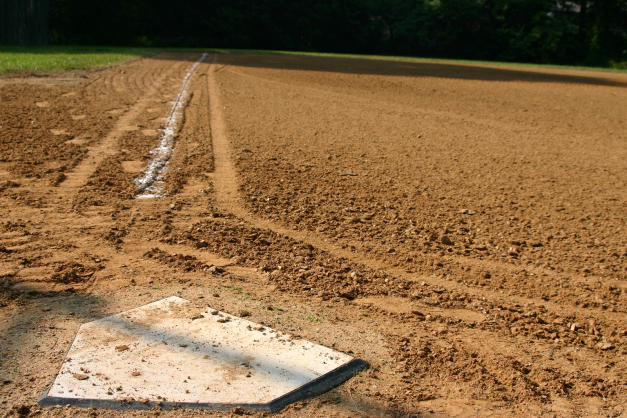 There isn’t a coach in the world who will say to his athlete, “Oh, is a mile too far for you to run? Then we’ll only make you run three-quarters of a mile and you can still be on the team.” If you can’t compete in the mile you don’t run on the team, right? Have you ever heard of a ref that says, “You mean you can’t make that basket? Then we’ll make that hoop twenty-three inches for you.” It never occurred to anyone to say to a pitcher, “What? You can’t get that baseball to stay within those seventeen inches? Then we’ll just make it twenty-five for you. It is more important that you feel better about yourself than it is to stick with the long-held standards of the game.” If a major-league pitcher can’t hit the plate, then he’s sent to the minors or to a different position. The seventeen inch standard of home plate is here to stay.

As Christians we have a standard to live by, and that unchanging standard is the Word of God. Heb. 13:8-9 says, “Jesus Christ is the same yesterday, today, and forever. So do not be attracted by strange, new ideas.” Nowhere in God’s Word is it acceptable to change the standards of God’s law to meet our opinions, desires or lack of discipline. There are some strange, new ideas floating around regarding what it means to be a Christian and which practices are acceptable, but if these practices are opposed to the Word of God, then no amount of debate or justification will make them okay. Being a disciple of Christ is the same for everyone. It means Jesus is your Lord and your feelings, hopes, dreams and ambitions take second place to the purposes of God in your life. You can’t stay in Egypt and cross the Red Sea at the same time. You can’t say, “I know God’s Word calls this lifestyle a sin, but God made me this way and you have to accept me and give me a job in your church and not discriminate against me.” No, I do not and will not. The standard of God’s Word remains. It isn’t my rule. If you don’t like it, take it up with the Rule Maker. I just want everyone here to know that in this church, as long as I am the pastor, the standard of God’s Word will be the standard for everything we do.

A few years ago my wife and I found ourselves “between ministry assignments” and endeavored to find a new church home. We visited about sixteen congregations before we found one we committed to, however briefly.

Granted, I was, and still are, a hard sell when it comes to the local church. I’ve been around too long simply to “go to church” because that’s what Christians are supposed to do. Besides, I’m beyond going to a church so it can “meet my needs.” If I don’t have a place to invest the gifts God has given me, then I don’t feel I have a place in that congregation.

Knowing of my situation when I wasn’t a pastor, a friend on Facebook said to me, “So, curiosity begs to know what it is you are looking for in a church. It’s tough to find a “fit” when you don’t match any of the standard molds. I’m just wondering what blend would be “your” chosen church?”

That got me thinking, so here is a partial list of what I would like to see in my “chosen church.” And before you think I’m dreaming, I know that everything I’ve listed is already taking place in some form in churches across America, with possible exception of number 6.

1. Ephesians. 4:10-13 Leadership – After Jesus ascended He gave gifts to the Church, including Apostle, Prophet, Evangelist, Pastor and Teacher. I would like to be part of a church that has all five of these gifts working together in a leadership capacity “to prepare God’s people for works of service” (vs. 12). In this model, the “pastor” would only be one part of the leadership model. The pastor would pastor people, the teacher would be the primary speaker, and the evangelist wouldn’t even be in church on Sunday. He or she would be out evangelizing people who aren’t in church on Sunday. What a novel idea!

2. 80/20 Reversal – Most of us know that 80% of the work is usually done by 20% of the people. I would like to see that reversed. I know there will never be 100% of the people who will work for the Kingdom, but it is possible to see a higher percentage using their gifts for God’s glory.

3. Intentional Equipping of the Saints – And I mean INTENTIONAL. The vision statement for my first church was to see people caught, taught, increased and released. This means we actively look for ways to catch people by the love of God and see them saved, teach them the Word, increase their effectiveness as a person and minister by understanding their gifts and giftedness, and then release them to use those gifts for the Kingdom. This also means we must be creative in finding ways for those gifts to be used. Naturally, most of these gifts will be used outside the four walls of the church, and that is as it should be. Too often, leadership implies that if we are not working in the church, we’re not working for the Kingdom. Fortunately, that idea is starting to fade.

4. Staff Performance Based on Leaders Equipped Versus People Accumulated – Most often, churches evaluate a staff member on how well they do their job. The music minister is evaluated on how well he or she leads worship, and the youth pastor is evaluated on how many kids are in the youth group. I’d like to see performance evaluations based upon the people who are equipped to use their gifts for the Kingdom. Numbers are not as necessary as proper training and mentoring. Jesus only had a base of twelve, but they were properly and intentionally discipled to continue His work after the resurrection. This leads me to my next point.

5. Leaders Who Lead To Replace Themselves – Jesus knew He was training His replacements, and since that time, every Christian is working to see the original mandate of Christ fulfilled in their generation. Leading to replace yourself is obvious in every part of our lives. Parents raise children who will replace them on earth. Teachers teach students who will one day replace them as teachers. Electricians, plumbers, carpenters and roofers all take on apprentices to teach them the fine points of their trade. Why is this such a foreign concept in most churches? I recently read that the purpose of an apple tree is not to produce apples, but to produce more apple trees. I want to be part of a church where the leadership culture is intentional about training the next generation of leaders.

6. Musical Worship That Is God Centered, Not Performance Centered – I recently went to a church where the worship leader had great talent but little ability to lead people in worship. His was mostly a performance, and as such, it was very hard to follow. Even those songs I was familiar with were hard to follow because he sang them in his own unique style. Worship leaders have the responsibility to use their talents to bring people into the presence of God through music. They are not to use their time to show the world just how talented they are. I would like to see a church where only the musicians are on stage and the lead singers are standing in the audience with wireless microphones. My ultimate dream would be to have a church in the round. This would help eliminate the feeling that we are watching a performance on stage. Furthermore, everybody in the congregation would be able to see one another and not just that backs of people’s heads and the faces of the worship team.

These are just a few of my ideas for the ideal church. Naturally, many people will disagree with me or will have other ideas. If so, I’d be delighted to hear them.

The Time Is Now 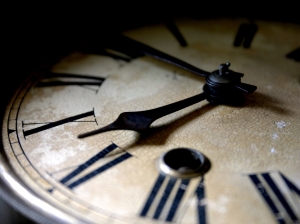 Take a moment and think about some things that scare you – things all you need to do is just half-way consider thinking about and you become fearful and terrified. This is the direction my mind went when I read how Governor Felix responded to Paul in Acts 24.

In this chapter, Paul has been accused of stirring up riots all over the world, of being a ringleader of a cult of Nazarenes and desecrating the Temple. Felix and his wife Drusilla want to hear from Paul, and verse 25 says, “As he reasoned with them about righteousness and self-control and the coming day of judgment, Felix became frightened.”

And he should be frightened, for that is what happens when people are faced with the truth they know they are not living. But that isn’t the part that is frightening. What Felix says next should cause us all to pause and be a little scared. Felix says, “Go away. When it is more convenient, I’ll call for you again.”

We may say we are a Christian, a follower of Christ because He died for our sins and saved us from the penalty of death. We may say He is our Lord and we’ll do as He commands, but in reality there are many times we use God at our convenience and fit Him into our schedule when it suits us. We may have to find time for God because He’s not really our God—He’s an idol we put on the shelf, give a nod to as we pass through the room where we keep Him, and every once in a while make a big deal of bringing Him out and showing Him to our friends, like on Christmas and Easter or when the kids are in a church musical. Or worse. Once a week on Sundays….

But I don’t want to be like Felix and say to God, “Go away for now. And when it is more convenient and I have the time, I’ll call for you again.” For the  frightening fact is this: I don’t really know if I’ll even have another “again.” I have no guarantee of any more tomorrows, much less a more convenient time to sincerely make God my true Lord and Savior. I want NOW to be the time for God to be the true Lord of my life. And I pray you do, too.