Which Way Is God?

This passage in Job shows us there are times when, no matter which direction we go, we cannot find God or understand what He is doing. For some reason, there are times when He chooses to be elusive, evasive and evanescent. He answers to no one and refuses to ask permission to be Himself. Search for Him all you want, but if He chooses to hide Himself, there is no way to find Him.

What challenges me is the fact that I cannot pin God down.

If I try to flee from God, He pursues me. If I try to find Him, He remains hidden. END_OF_DOCUMENT_TOKEN_TO_BE_REPLACED

I’ll confess this right up front: I spend an inordinate amount of time trying to please people. However, I’m not really a people pleaser. Let me explain.

No, I’m not a people pleaser.

However, I do try to please people. How? Through my writing and teaching. Let me try to explain what God has been trying to explain to me.

END_OF_DOCUMENT_TOKEN_TO_BE_REPLACED

On That Very Day

“On that very day Abraham took . . . his entire household, and circumcised them, as God told him. Abraham was ninety-nine years old.” Genesis 17:23

However, this was not the attitude of Abraham. Genesis says after God visited with Abraham and established the covenant of circumcision, “On that very day,” Abraham circumcised every male in his entire household: Ishmael, all those born in his house or bought with money, and even himself. At ninety-nine years of age, Abraham believes that God will still bring him a family through Sarah and he has himself circumcised.

I’d have probably waited a lot longer than a day just to allow myself to imagine such a thing, much less obey it. Then I’d pray some more, ask God for a significant sign that it was really Him and not the devil, run it by my friends, my pastor, my wife and even the greeter at Wal-Mart. END_OF_DOCUMENT_TOKEN_TO_BE_REPLACED

Wrestling with Faith and God

For four years I was an Assemblies of God monk with the Brothers and Sisters of Charity. This is an excerpt from my soon-to-be-published book Taking Off My Comfortable Clothes. The chapter is called When God Alone Is Enough (Isolation).

There were times at the monastery when I felt so alone I could hardly express it. I would often go to the chapel, find a dark corner to sit in, pull my hood over my head and mutter over and over, “It’s just You and me, Jesus. Just You and me.” I felt so very lonely, isolated, and separated from all that was familiar.

These were also times of questioning God–big, loud, bodacious, tear-filled questions that seemed to bounce off the ceiling of the chapel and slap me in the face. “Are You still with me? Did I miss Your will? Whose idea was this monk’s life, anyway? Does anybody care? Will I always feel so alone and without a friend? Do You hear me?” If you are interested, the answers to those questions were: yes, no, mine (I think), yes, sometimes, and always.

There will come a time in your life, if it hasn’t already, that you will sense all you have in the universe is God, and then you’ll wonder if even He is big enough to deliver you from your pain and the soul-wrenching questions no human being can answer. END_OF_DOCUMENT_TOKEN_TO_BE_REPLACED

Walking Among The Dead

“Meanwhile, a large crowd of Jews found out that Jesus was there and came, not only because of him but also to see Lazarus, whom he had raised from the dead” – John 12:9 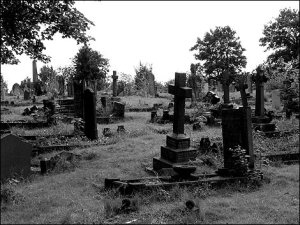 This passage encourages and challenges me at the same time. I’m encouraged because the masses are still attracted to Jesus, who remains the main event and primary crowd pleaser. That’s good. However, the people are also interested in seeing Lazarus, whom Jesus raised from the dead. That’s the challenging part.

The word resurrection literally means, to “place” or “stand up.” To the Greek mind of Paul’s day, the living people were standing up and the dead people were lying down. Perhaps Paul was giving his readers the image of a spiritually resurrected man walking among those who are spiritually dead and on their backs.

That’s a great image, but how do we do that? How do we live our Christian life in such an extreme manner that we appear as a living, walking body in a room full of corpses? END_OF_DOCUMENT_TOKEN_TO_BE_REPLACED

Scriptures That Bother Me — John 7:24 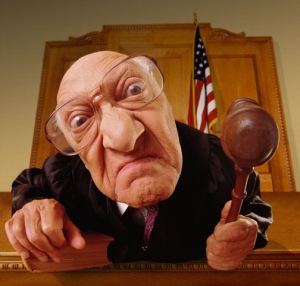 I was driving home from church the other morning when I noticed something in the road. The car in front of me swerved to miss the item, and when I got closer, I could see it was a large cardboard box. For some weird reason, I got this noble idea to pull into a nearby parking lot, go out onto the busy street, dodge some early morning traffic and get the box out of the road. If people continued to swerve to avoid the box, sooner than later it was going to cause an accident.

As I headed into the street, I noticed a car slowing down to let me get the box. At first I thought, What a nice man. Then this thought quickly entered my head: I bet this driver thinks I’m the one who lost the box. Little does he know I’m actually the one doing the good deed.

Here I was just trying to do the right thing and STILL my ego wants somebody to see me and say, “Hey! What a nice, gray-haired man to get that box out of the street. Hope he lives.” Or some such thing. I wanted to be known for the good I was doing, not be judged for being the one who littered the highway.