He Never Spoke a Word

“It was by faith that Noah build a large boat to save his family from the flood….by his faith Noah condemned the rest of the world.” – Hebrews 11:7 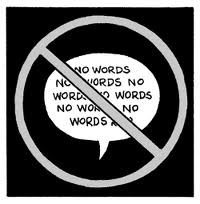 A while back I was teaching a series on Hebrews 11 in my church, and this verse stuck with me for several days. It challenged me because Noah built an ark as an expression of his faith in God, and it was Noah’s actions, not his words, that proved the faithfulness and holiness of God.

That concept, that actions speak louder than words, is tough on me, a pastor whose primary gift is teaching the Word. However, I see it as a good lesson for all of us.

I imagine as Noah begins this huge project his neighbors couldn’t help but notice. And like men all over the world, when a building project starts up, they went over to see what was going on. You know how men are. They gather around the bed of a pickup truck, lean on their arms with a cold drink in their hands, ask questions, give advice, and tell about the time they knew someone who was doing something similar and ended up in the hospital or the like. I can imagine a conversation around the sawhorses—the OT version of a pickup truck—that went something like this:

“Well, it’s a vessel used to keep things secure and deliver people to safety. In this case, the ark is a boat.”

“A boat? I knew a man who tried to build a boat once. Got a splinter in his hand that got infected so he had to saw with his left hand and hold the boards with his elbow. Had a callus big as a grapefruit right here, didn’t he Harvey? Harvey saw it. That boat never did turn out right. Say, why are ya building it so large?”

“Because God is going to bring a pair of every animal on earth to this ark, and when it starts to rain we will go inside and be safe, because it’s going to rain for forty days and forty nights, flooding the earth and killing every living thing. But those in the ark will live and . . . .”

At this point, the laughter drowns out Noah’s explanation of God’s instructions, so Noah just goes back to hammering planks and spreading pitch. It was now that Noah’s faith could be seen only in his actions. And here’s the big lesson: When people won’t listen to your words, speak to them with your actions!

One of the chief complaints of the unchurched towards those who attend a church is the church-goers don’t act like Jesus. Their actions are out of sync with their words; their video doesn’t match their audio. But that wasn’t the case with Noah, who continued to live by his faith in God in spite of popular opinion.

If the words of our proclaimed faith don’t match the actions of our life, we can be the world’s greatest orator and not be a true witness to the good news of Jesus Christ. I want to live so that, if I never speak another word, those who are around me will know the love of God simply by the way I live in faithful obedience to the Word of God.

3 comments on “He Never Spoke a Word”