Scriptures That Bother Me — Genesis 9:22

Exposing Myself In Public 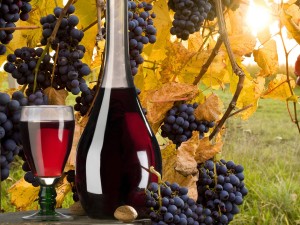 A while back I once worked for a company where the employees were very particular about their personal parking spaces. There were no signs stating whose spot was whose, but everyone that worked there long enough knew which spots were reserved for which employees.

I, of course, discovered this unspoken truth the hard way one day when I parked in someone’s spot. I wasn’t at work two minutes before I was told to go move my vehicle. This person was not about to walk the extra fifty feet to get in the building, and actually parked in the driveway until I removed my vehicle from “their” spot.

As I was thinking about telling some of my fellow employees about this situation (how this other individual made themselves look petty and small and how I took the noble road and moved my car) Genesis 9:22 came to mind – a Scripture, naturally, I’d just read the day before. Isn’t God interesting that way?

As I read the whole story, I believe the error Ham made was not that he saw his father naked (that was purely by accident), but that he told his brothers about it (that was purely by choice). There are many things we’ll see in life that will expose people. Lies, pain, pride, loss, vanity, fear, etc. – all these expose the naked truth about people. It turns out Noah acquired a taste for too much wine. Who wouldn’t want a drink after witnessing the destruction of almost every person on the planet? Why does this fact need to be spread? Why does Noah’s exposure need to be shared? It certainly wasn’t for the benefit of Noah, who was safely asleep in the comfort, if not the privacy, of his own tent.

Why did Ham find it necessary to share with others the shame he witnessed? Why do we? How many “prayer requests” are nothing more than Christians in Ham’s clothing exposing the nakedness of their neighbor’s shame? Who was really being exposed in this scene – Noah or Ham?

People don’t have to disrobe like Noah to expose themselves, for that type of exposure is the most surface form of nakedness we can show – a nakedness that is truly skin deep. The real exposure comes when we show our jealousies, prejudices, criticisms, bitterness, anger and need to tell others how bad so-and-so is so people will look at them and not see the depth of our own sin. When I want to tell others how badly someone I know acted, I’ve deceived myself into thinking I’ve exposed the sins of another, when all I’ve really done is share the naked truth about myself.

I think about this verse whenever I’m tempted to share some tidbit I know about another person. I carefully consider whether my telling is really looking out for the best interests of another, or if I will simply be revealing the selfish truth about myself. And when I consider this verse in Genesis, I find it fascinating just how little I really have to say about others. I guess I’m just not a fan of exposing myself in public.