My Monastic Encounter With Sex

For four years I was an Assemblies of God minister AND a monk with the Brothers and Sisters of Charity. This is an excerpt from my book  Taking Off My Comfortable Clothes: Removing Religion to Find Relationship , which  recounts some of the the lessons I learned as a minister/monk. 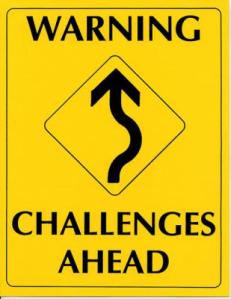 When you receive Christ as Savior at thirteen and get serious about God, it is natural to start making decisions that run counter to those in your peer group. Sex was one of those decisions.

Naturally, I had plenty of opportunities to have sex, but three things that kept me from doing so. One, I believed in God’s Word, and it said sex before marriage was a “no-no” (“No-no” is a literal translation of a Hebrew word that means, “Please don’t do that, because the years of resulting pain will be WAY BEYOND any momentary pleasure.”). Two, I didn’t want the possibility of a little Jimmy running around, however cute he may be. And three, if I was going to engage in what my dad called “amateur night,” I wasn’t going to do it with someone who would be spreading stories about my talents (or lack thereof) around town. I’d wait until I was married.

Does that mean I didn’t think about sex while I was a monk at the Little Portion? Nope. Thought about quite a bit. (What? You were expecting a different answer? Hey, I was a monk, not an angel).

Fortunately, I found the sexual tension in our blended community to be blessedly low, which is a significant advantage to those of us to have taken a vow of chastity. We had no television reception, no internet access, and didn’t watch R-rated movies. The Little Portion is not inundated with the media’s fixation on sex, the men and women dressed modestly, and a man didn’t travel in a car alone with a woman (unless they were married. To each other.). That relieves a lot of pressure.

But even in a monastic community, the temptation and the opportunity to have sex remained.  This is how it happened to me.