Don’t Believe Everything You Hear

“Now we believe, not just because of what you told us, but because we have heard him ourselves.” —  John 4:42 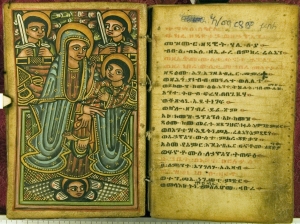 Sometimes I think I’m a bit too gullible. I’ve often believed things I’ve heard for years without investigating whether or not they’re true. This is especially onerous when it comes to Scripture. For instance, for years I have “gone to church” before I understood that WE ARE the church, or enjoyed the worship service on Sunday without realizing that my life is called to be an act of worship (Rom.12:1).

This gullibility came home hard when I finally read a different rendition of the story about the Samaritan woman Jesus encountered at the well (John 4:1-42). Perhaps every reader has heard it preached that the woman at the well was a notorious sinner who had five husbands and was currently shacking up with guy #6. I, too, swallowed that interpretation without once practicing the discipline of the Bereans, who doubted Paul until they studied the Scriptures for themselves (Acts 17:11).

With that in mind, let us look at this familiar story and consider that perhaps this woman is not wicked or even a harlot, but a prophet.

Although most preachers seem to assume Jesus was talking with a sinful woman, two items make me doubt her “wickedness.” One, if she were truly a wicked woman, why would she be allowed to draw water from a well everyone in town, including her, held as sacred? Two, because of our cultural heritage, we assume she had divorced five times. But since there was almost no divorce in those days, her husbands more than likely died. Deut. 25:5 requires that widow’s brother-in-law marry her if she were childless in order to guarantee an heir. Because of this, Boaz could not marry Ruth until Elimelech declined to fulfill his obligation as a relative (Ruth 4). The previous husbands could have died with the sixth taking her into his household, perhaps guarding her from other chaperoning relatives, and has not yet married her. In those days, a couple who was betrothed was considered married, just as Joseph and Mary were. Furthermore, the tragedy of five husbands dying would be an indication that God is calling her into service as a prophetess.

Believing she has encountered the Messiah, the Samaritan woman leaves Jesus to return to her city to tell others who do not know about Jesus. Furthermore, take notice of how she phrased her encounter with Jesus. She didn’t say, “I have found the Christ,” but, “Could he possibly be the Messiah?” (John 4:29 NLT). Prophets will not abrogate another person’s need to search for the truth themselves. This approach bears fruit because they tell her, “Now we believe, not just because of what you told us, but because we have heard him ourselves. Now we know that he is indeed the Savior of the world” (John 4:42).

Finally, why would an entire town believe the words of a sinful woman regarding the Messiah? How does an openly sinful woman get the attention of a whole community? However, if she was already recognized as a prophetess, we can easily understand why they would investigate her invitation to see “a man who told me everything I ever did” (John 4:29).

There are other indications of her prophetic calling, but you get the picture. And keep in mind that if we can do this with this story, it may be possible to challenge other long-held beliefs and presumptions, traditions and practices. I’ve been guilty in the past of swallowing everything I’ve heard about Scripture because that is the way of an infant. But now that I’ve learned to feed myself, I find it amazing the variety of tastes the Word has to offer.