“These men are servants of the Most High God, and they have come to tell you how to be saved” — Acts 16:17 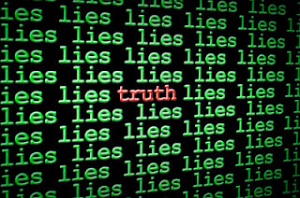 I supposed someone has to say it, but I’m convinced that not everything the devil says is a lie. Sometimes what the demons in our lives accuse us of is absolutely true, and we need to get used to it. In fact, I think we should learn not only to embrace his accusations, but to rejoice in them as well. Can you imagine living your life in such a manner that when the devil talks about you he tells the truth and glorifies God? I can.

Now, before you write me off as just another heretic, let me explain. In Acts 16, Paul and his companions are in Philippi, staying in the home of Lydia, a recent believer. One day as they head to the place of prayer, they are confronted by a demon-possessed slave girl who told fortunes and made money for her masters.

This girl was literally possessed by a python spirit, which is the term used in the original Greek. The term python was used in Greek mythology for the snake that guarded the Oracle of Delphi, who was the priestess at the Temple of Apollo at Delphi in Greece. After Apollo killed the snake it became a designation for a person with the power of divination. The same Greek term is used for the woman with a familiar spirit at Endor who spoke to King Saul in 1 Sam. 28:7. The slave girl was possessed by an evil spirit that enabled her to tell fortunes.

For some reason, this girl went from making money for her masters by telling fortunes to following Paul and his companions around and shouting, “These men are servants of the Most High God, and they have come to tell you how to be saved” (vs.17). It should remind you of some of the demons who shouted at Jesus in the Gospels, calling Him the “Son of God” (Luke 4:41) and “the Holy One sent from God” (Mark 1:25), and “Jesus, Son of the Most High God” (Mark 5:7).

Finally, Paul gets tired of this true but very annoying publicity and casts the demon out of her. Now, we’ve just read about demons who shouted about Jesus and Paul, showing an accurate acknowledgment of the true character of those they were confronting. Like I said in the beginning, sometimes what the demons in our lives accuse us of is absolutely true. Knowing this has me asking this very bothersome question: If a person with a demon were to follow me around, what would they accuse me of? Just to be fair, what would they accuse you of?

I’m not talking about all your sins. We can all be truthfully accused of greed, lust and hatred, jealousy, etc. But I’m talking about something different. What would the demons who’ve watched you live have to say about your character and the mission of your life? Would they accuse you of being a servant of the Most High God? Would they say your mission is to share the Gospel and tell people how do be saved? What would the demons accuse you of regarding the Kingdom of Heaven?

I want to live my life in such a way so that if God ever points to me and says to Satan, “Have you considered my servant Jim? He fears God and shuns evil” (see Job 1:8), all Satan can do is deflect the question because he can’t deny it. Maybe I’m naïve, but I want to live my life so that when I head to a prayer meeting the demons say, “Uh-oh, here comes that servant of the Most High on His way to tell others of the greatness of God.” If I can live my life in such a way as to make that accusation of the devil come true, then I will not have lived in vain.