Truth is a Rainbow

For four years I was an Assemblies of God minister and a monk with the Brothers and Sisters of Charity at the Little Portion Hermitage. This is an excerpt from my book, Taking Off My Comfortable Clothes: Removing Religion to Find Relationship. 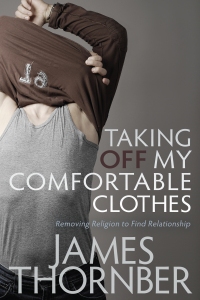 As an Assemblies of God minister who was also a monk in a Catholic-based monastic community, I had to do quite a bit of soul searching during my time at the Little Portion, reconciling what I have always believed and practiced with those things I was seeing practiced at the community. Our Christian principles were the same, but the practices of those principles were different. My conclusion, therefore, (and you may disagree – just be agreeable when you do so) was this: The Spirit of truth guides us into those truths that pertain to the principles of salvation. Everything else is icing on the religious cake.

At one time, I saw “truth” as if it were the period at the end of this sentence; complete, precise, and unalterably the same across the board. And naturally, my truth and the Spirit of truth were one and the same!

However, after living at the Little Portion, I began to see truth more like a rainbow and less like a period. There were different colors and gradations to truth, especially when that “truth” did not have anything to do with our salvation.

Ecumenism is defined as a movement promoting union between religions, especially between Christian churches. Our unity as Christians is centered completely and solely upon Jesus and His place in our life. The purpose of the Spirit of truth is stated in John 16:14: “He will bring glory to me [Jesus] by taking from what is mine and making it known to you.” The mission of the Spirit of truth is stated in John 16:8: “When he comes, he will convict the world of guilt in regard to sin and righteousness and judgment.” By putting these verses together, we see that the Spirit of truth comes to convict us of our sin and point us to righteousness through the judgment of our sin (i.e., Calvary), and to glorify Jesus. Anything we do in the Church that does not fall into these areas is that which does not fall under the ministry of the Spirit of truth.

In other words, I discovered that our union as Christians is based upon Jesus and nothing else, because nothing else is eternal. Not our by-laws, ordination practices, baptismal formulas, dress codes, holy water, service times or musical tastes, but simply Jesus. With this understanding, I was free to talk all I wanted about Jesus and never run out of something to say.

And this freedom to talk about Jesus without running out of something to say happened twice in a very significant way. In both instances, I was privileged to co-teach in a Catholic setting, one along side John Michael Talbot (the founder of The Little Portion Hermitage) in Lafayette, LA, and the other with a monsignor in Vista, CA.  I spoke with John Michael for almost two hours at the retreat in Lafayette. We talked about the community and our mutual love for Jesus without ever mentioning our differences regarding the Pope or praying the rosary or transubstantiation. We just talked about Jesus, and since we could not exhaust our Subject, we never ran out of something to say. In fact, I believe that until we have exhausted our discussion of Jesus, we do not have a right to separate from our fellow brothers and sisters based on those things that are not Jesus. This reminds me of something I read, but I cannot remember where. “On the major things we agree, and on the minor things we disagree, but in all things we are to remain in love.”

A similar scene occurred in Vista, CA. Monsignor Regan invited the community to his parish to teach and give a concert. The monsignor and I got along like old friends, and he invited me to speak with him at a special service. He gave me the topic and suggested we just stand up and share from our heart. And for the next hour, we did just that. He would share, it would give me an idea. I would take off from that, and in turn, he would say something about what I said and on it went. It was marvelous and a whole lot of fun, and once again, I learned that we could not exhaust our common Jesus.